One of the simplest ways to support the preservation of history long after you’re gone is to include a provision in your will that a share of your estate will be distributed to Old Sturbridge Village. Review bequest options and sample bequest language below or contact the Development office at development@osv.org or 508-347-0207 to talk about options.

If you are ready to start your legacy with Old Sturbridge Village, you can use FreeWill to write your will. FreeWill is a free, online tool that guides you through the process of creating your will and legacy in 20 minutes or less. Start your will today.

Have you already included a gift to Old Sturbridge Village in your will or trust? Please fill out this form to let us know! We’d love to thank you for your generosity.

Some Options for Your Bequest

Residuary Bequest: “I bequeath Ten Percent (10%) of the residue of my estate to Old Sturbridge Village, a Massachusetts non-profit organization located in Sturbridge, MA”

Contingent Bequest:  “If my nephew does not survive me or is unable to inherit this bequest, I direct that it be paid to Old Sturbridge Village, a Massachusetts non-profit organization located in Sturbridge, MA”

Please speak with your financial planner to learn which option is right for you. And, let us know if we may include you in the George Washington Wells Society!

Suggested wording to Make a Bequest to Old Sturbridge Village

For more information on leaving a legacy at Old Sturbridge Village, please contact the Development office at development@osv.org or 508-347-0207.

The George Washington Wells family established Old Sturbridge Village, one of the largest outdoor living history museums in the country. George’s sons bequeathed to the Village their vast collections of artifacts of material culture from early 19th-century New England. These became the foundation for educational programs and year-round exhibits that tell the story of everyday life in a small New England town during the years 1790 – 1830. 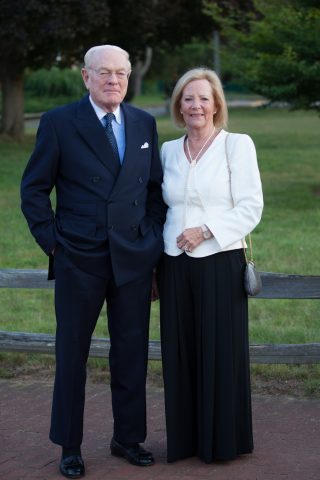 George F. Booth II and Penny Dewar- Booth describe their relationship with Old Sturbridge Village as a “love affair.” A long-time village trustee, Geof said, “I grew up in Worcester and was introduced to the Village on family day trips and school outings in the 1950’s. It was part of my life and I loved it.”

After college, with a major in history, and four years in the Navy, Geof pursued a career in the magazine business in New York City. In the 1980’s he bought a small cottage on a lake in North Brookfield, Massachusetts and would have friends come up from New York for the weekend. “I’d take them to the village and became enamored with the place once again. I realized how significant and important an institution it had become. I wanted to become part of it and became an overseer, trustee and ultimately Chairman of the Board.  Importantly, I chaired OSV’S first Capital Campaign in the 1990’s that proved to be a great success.”

Penny came to know Old Sturbridge Village through her husband. A former marketing executive in the hospitality industry and a native of Canada, Penny began visiting the Village with Geof. “I fell in love with it myself,” she said. “The first time Geof took me was in the winter and I was intrigued with the costumed lawyer. I thought it was such a wonderful experience to hear him talk about what the law was all about during the 1830’s.”

When asked why they have made Old Sturbridge Village a philanthropic priority, Geof responded immediately, “It’s important. It’s a stimulating environment to be a part of, but it’s also important to continue the historical interpretation for young people who might not get the basics of our history at school. It’s vital that the Village exist, along with other living history museums… Old Sturbridge Village is in my estate plans and I feel a commitment to give significantly on an annual basis.”

“I come from an old New England family,” Geof said. “My five-times grandfather fought at Bunker Hill. My great-grandfather was a Civil War veteran who was born in the late 1830s. It [the Village] is a representation of our personal family history, too. In a way, it’s part of me.” 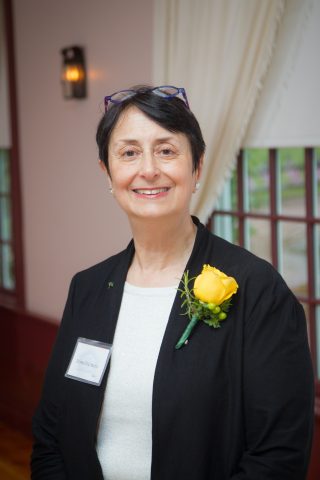 Donna DeCorleto is a familiar face to many at Old Sturbridge Village. A Trustee since the 1990s and former Chairman of the Board, Donna is deeply dedicated to the mission of the Village, despite the nearly 400 miles of distance between Sturbridge and her home in Alexandria, Virginia where she is an active volunteer with WETA public broadcasting and the Smithsonian. A history buff, Donna is an avid collector of maritime artifacts and figurines made by French prisoners of war during the Napoleonic Wars.

Having grown up in nearby Connecticut, Donna recalls visiting the Village in its early years. “My first time at Sturbridge was not too many years after it first opened. I was 6 or 7 years old and my parents took me there,” she recalled. “I just fell in love with it immediately. As a treat, once a year my mom would take me back.” Though her career at the Federal Reserve took her away from the area, Donna found her way back to us. “I did get disconnected from Sturbridge for a number of years, and then I reacquainted myself in the late 1980s / early 1990s when I would go to Brimfield. I started making very, very modest donations and after several years of small donations, they called me and asked me to be on the Board. I came on because I loved Sturbridge.”

Donna is proud of the time she has served as a Village Trustee. Her term as Chairman is credited with enhancing the familial atmosphere amongst the Village staff and Trustees and leading the Village in the development of a multi-year strategic plan. She is especially excited by the momentum the museum has gained under Jim Donahue’s leadership. “I hope he’ll see this all as his legacy,” she said. “What he’s done with Coggeshall, what he’s done with the Academy. Brad King [Senior Vice President] talked to me in 1996 about solar power for the museum and now Jim has gotten him a solar field. I think we can be a model for other museums, I really do. I’m very hopeful for what we’re going to accomplish in the future.”

As a member of the George Washington Wells Society, Donna has included Old Sturbridge Village in her estate plans. “I decided to do it because I want Sturbridge to continue. Sturbridge can give people a lot of hope for the future; fascinate them about the past, yes, but give them hope for the future. So, I wanted Sturbridge to have the money, to continue what it’s doing and make it even better. I think a lot of people think you’ve got to be a millionaire to leave money to an organization, and you don’t have to be. Regular people like me can and should do it.” 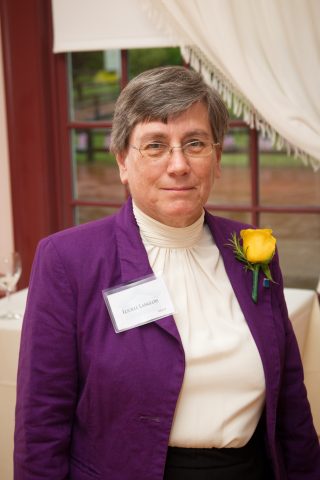 Growing up in Southbridge, Massachusetts, Lucille Langlois first visited the Village when she was nine years old when her uncle and his bride took her to the Village on their honeymoon. Though she grew up locally, she did not begin visiting the Village regularly until her 20s, when the new priest at her church in Quinebaug, Connecticut began bringing parishioners to the Village. It was on one of these excursions that Lucille first became a member.

Now retired after a full career working with developmentally delayed adults, Lucille has found more time to visit the Village, occasionally riding her bicycle the 13 miles from her home to the Village and back. “It’s an amazing place because there’s always something new that you haven’t heard or haven’t seen,” she said. “I really appreciate the Village.”

After 52 years of membership, Lucille still visits regularly. “I can go every Sunday afternoon if I choose. The last few years before COVID, I would go about once a month just to see what was going on,” she said. “I make sure I see every craftsperson when I visit because that is what makes the Village. When you go and see a woman actually weaving the straw or you watch the guys leading the oxen and training them, that’s amazing. And now I’m excited because every time I go, I’m watching the cabinetmaking shop being built. I think that’s an outstanding addition to the Common.”

For Lucille, the focus on history is also an important part of her enjoyment of the Village. Lucille’s mother was a first generation American and her father’s family came to Southbridge in 1888. She sees her Franco-American roots reflected in the way of life presented by the Village. “My mother’s mother was born in New Brunswick, Canada,” she said. “Her youth was probably equivalent to what is depicted at the Freeman Farm – they had the barn, the chickens. What the interpreters do on the farm is what she did when she was a young woman. My grandmother was born in 1896 in New Brunswick, but they were using kerosene lamps and they didn’t have a lot. The history is personal for me.”

Lucille is also a committed donor to the Village’s Annual Fund and a member of the George Washington Wells Society, meaning she has left a provision for the Village in her estate plan. “I just want the Village to last forever. I’m investing in somebody else’s ability to enjoy what I’ve enjoyed for over fifty years.” She feels especially strongly that members have a vital role to play to ensuring the Village’s future. “We’re the ones that are going to keep it going,” she said. “I’m putting my money into something that I hope will last long after I’m gone.”