Please note: Nature trails are open seasonally. Check the daily schedule to see if they will be open during your visit.

Along the River Walk, visitors get a chance to witness how 19th-century New Englanders were able to tame the river and harness the power of water for economic and agricultural benefit. A short walk along the banks of the Quinebaug River leads to the Wight Family Dam and surrounding mill pond. The dam was erected in the late 18th through early 19th century by David Wight and his son David Wight, Jr. (members of the family that owned and farmed the land which is now OSV) for use in their own mills and agriculturally based businesses. Currently, the dam and mill pond are still used to power our Saw, Carding, and Grist mills. Also seen along the Quinebaug are various forms of wildlife including Great Blue Heron, Red Wing Blackbirds, Canada Geese, Mallards, Turtles, Water Lilies and Jack in the Pulpit flowers. The peaceful setting allows a glimpse into the integral part water played in the livelihoods of most New Englanders of the time, as well as the vast changes humans make to our environments.

The Pasture Walk provides another look into how the landscape varies between the 19th, and 21st centuries. The mostly agricultural population of the 1830s required great tracks of land for grazing animals such as cows and sheep, whose primary source of food was either fresh pasture or cut hay. For the first half of the 19th century a third of the land in most New England towns was pasture. Throughout pasture, farmers would have built fences to manage their herds and land. Stone walls were also common, as stone is plentiful throughout New England soils, and needed to be removed during plowing and planting to make room for crops. Oftentimes the stone walls would serve as boundary markers, or would have wooden fencing built atop to contain livestock. Pastures would be a mix of grasses, with perhaps a tree or two remaining to shade the animals. However, pastures are a closely maintained landscape, and would not be left to the wild for trees and shrubs to take over.

Prior to Early New England Settlers, Native Americans managed large expanses of forest through burning and clearing to improve wildlife populations for hunting and crops. Yet, by the 1840s New Englanders had cleared forests by more than half to make way for more English agricultural practices.  The Woodland Walk cuts through the Wight family woodlot, which they referred to as “Pogus,” after the local hill and seasonal brook. Wood was a valuable resource and would have been used for fuel, lumber, tools, furniture, fencing, and more. Throughout the woodland walk, you can see the vast changes made to the landscape by humans through evidence of old stone walls and the new growth of fairly young pines, hemlocks and beech trees. The marks of glaciation are also visible, as boulders left behind by the receding glacier around 12,000 years ago remain in place. Missing from our woodland walk are trees such as Chestnuts, whose population is nearly gone due to Chestnut Blight, a fungus which decimated the population of American Chestnut (Castanea dentata) by the 1950s. These trees would have provided a valuable fall harvested food source that New Englanders could have collected. However, as farming is no longer the most common livelihood, the forests have returned bringing with them animals such as turkey, white tailed deer, and beaver. 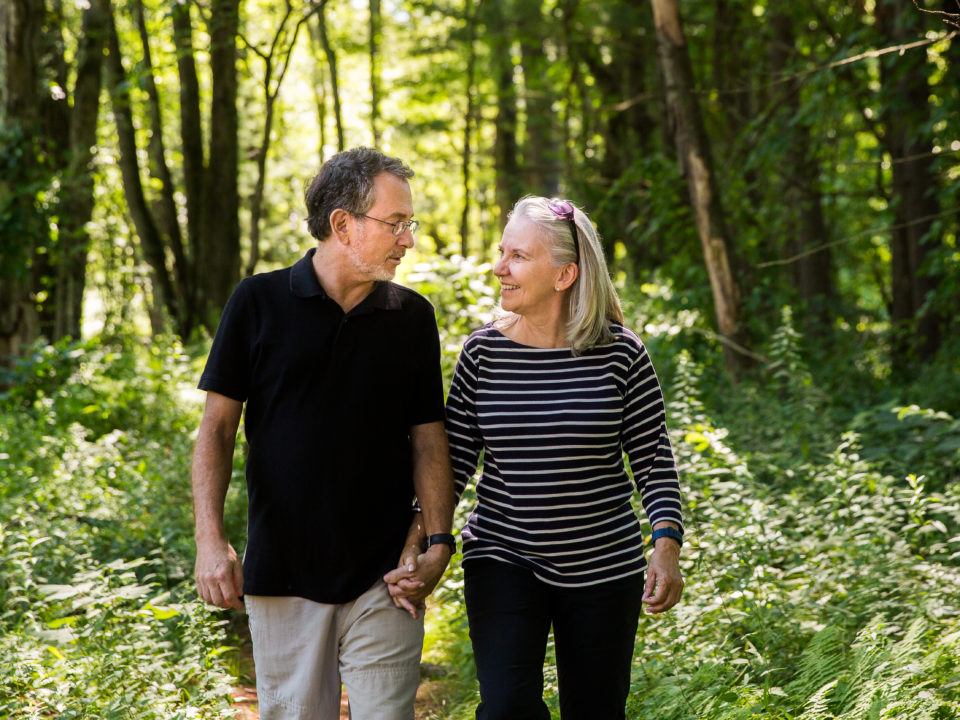