All of the animals are similar to the ones that would have been found in 19th-century New England with distinct qualities that made them ideal for the weather and the farmer’s needs.

Each spring, baby animals join the Village’s farm families and are popular with visitors of all ages.

This breed looks most like the Merinos that were around in the 19th century. Since then, the breed has been modified so much that they no longer look the same. The 19th-century Merino sheep was an “improved” breed with very fine wool, important to the growing textile industry. These are the sheep and lambs visitors see running down the Common each afternoon as they move from their pasture area at the Fenno Barn to their “home” at the Towne Barn.

This combination of breeds represents the ‘Native’ or unimproved breeds found on most New England farms in the early 19th century. Their wool is looser and not as high quality as “improved” breeds. This flock living at the Freeman Farm currently includes 8 sheep in this flock, 1 ram, 1 wether, and 6 ewes. 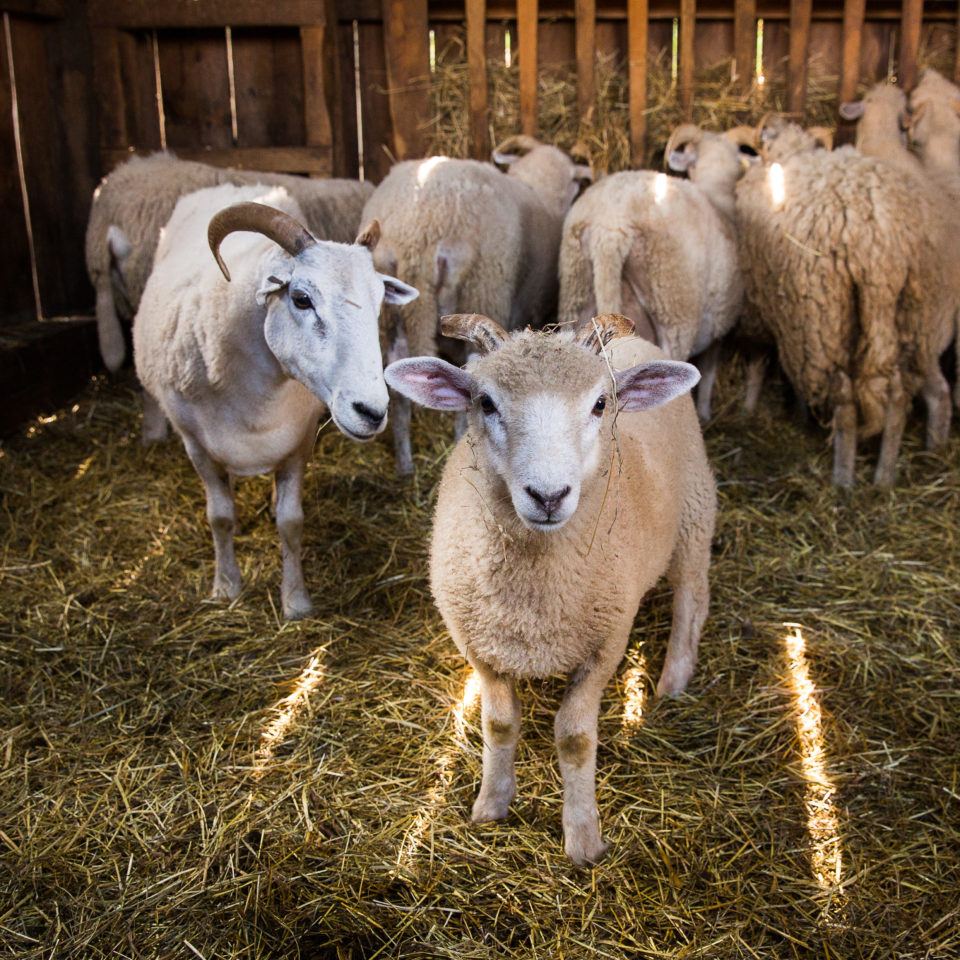 The American Milking Devon claims ancestry from some of the earliest English cattle brought to America.  This hardy, medium-sized breed is well known for their deep reddish brown color and active, intelligent temperament.  Devon’s represent one of the last surviving true triple purpose breeds and are equally suited to dairy and beef production as well as draft animals.

Also known as Durhams, Shorthorns were the first of the ‘improved breeds’ of cattle that started coming to America from Great Britain in the late 18th and early 19th century.  Selected for production, they grow larger and produce more milk than the Devons.  Many early New England farmers sought to improve their herds by introducing Durham bloodlines.  This is what is represented by the mixed herd at the Freeman Farm,. 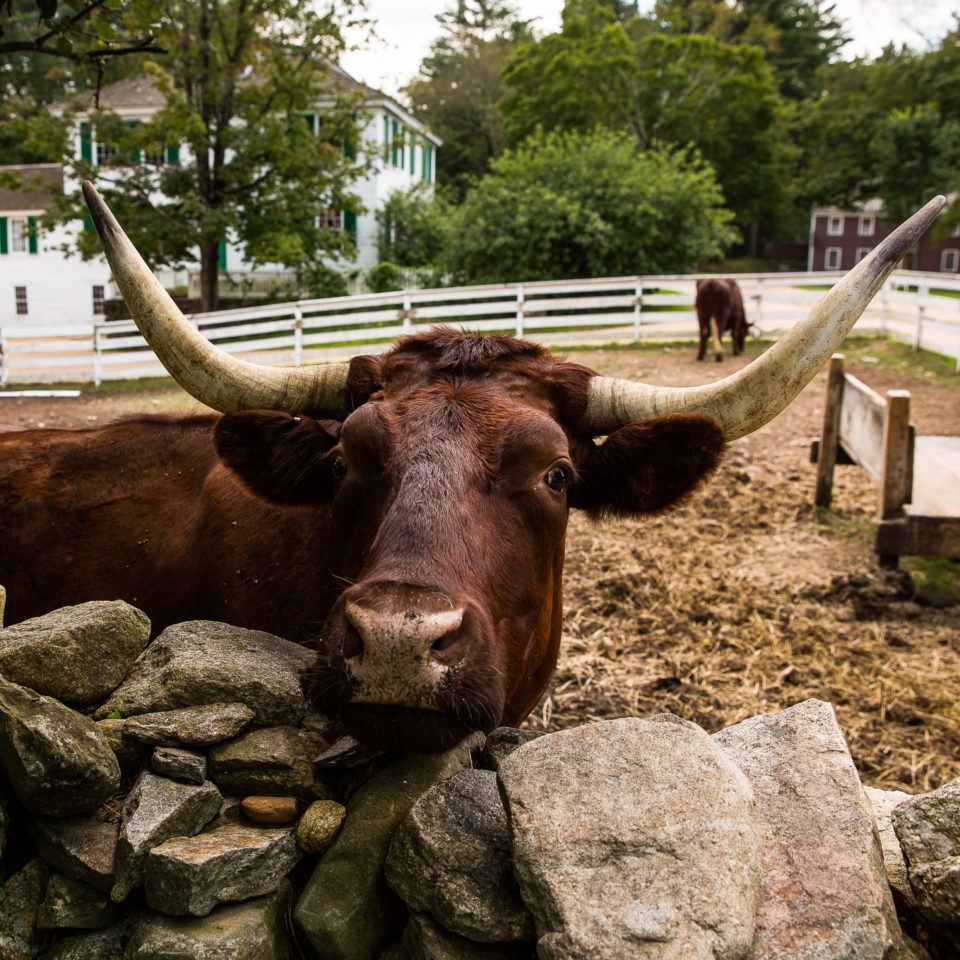 This is a “fatty” breed that would have been valued by farmers in the 1800s because they were able to survive harsh New England winters and also because the lard from the pig was as important as the pork. As a general rule of thumb, farmers had one pig per dairy cow, because the pigs ate the waste from the milk products. Look for them to return to the Freeman Farm this spring! 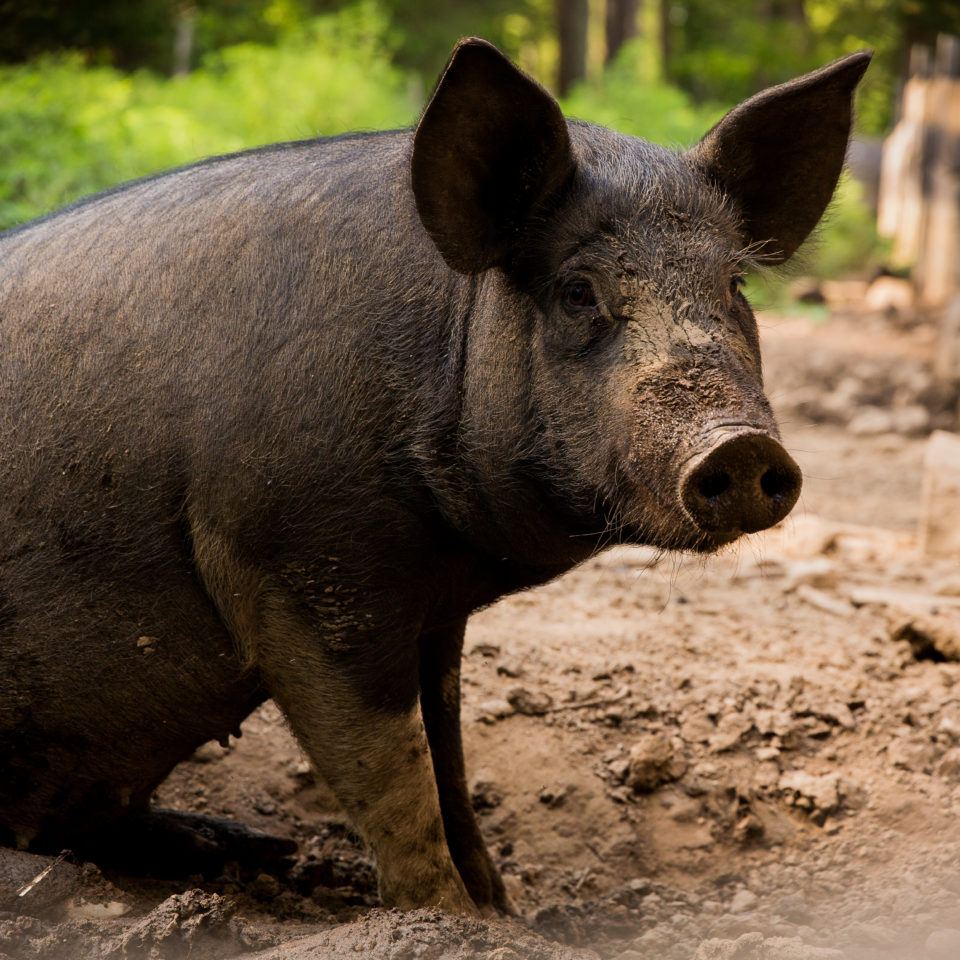 Most households kept chickens of no particular breed, collectively referred to as ‘Dunghill Fowl.’  They survived well by foraging, even in the winters. Though they didn’t produce a lot of meat, families rarely ate chicken, so their ability to produce eggs and survive was more important.  Our birds achieve the appearance and characteristics from a combination of two breeds, Red Dorking and Dominique. The two flocks in the village can be found foraging around the Freeman Farm or patrolling the town common. 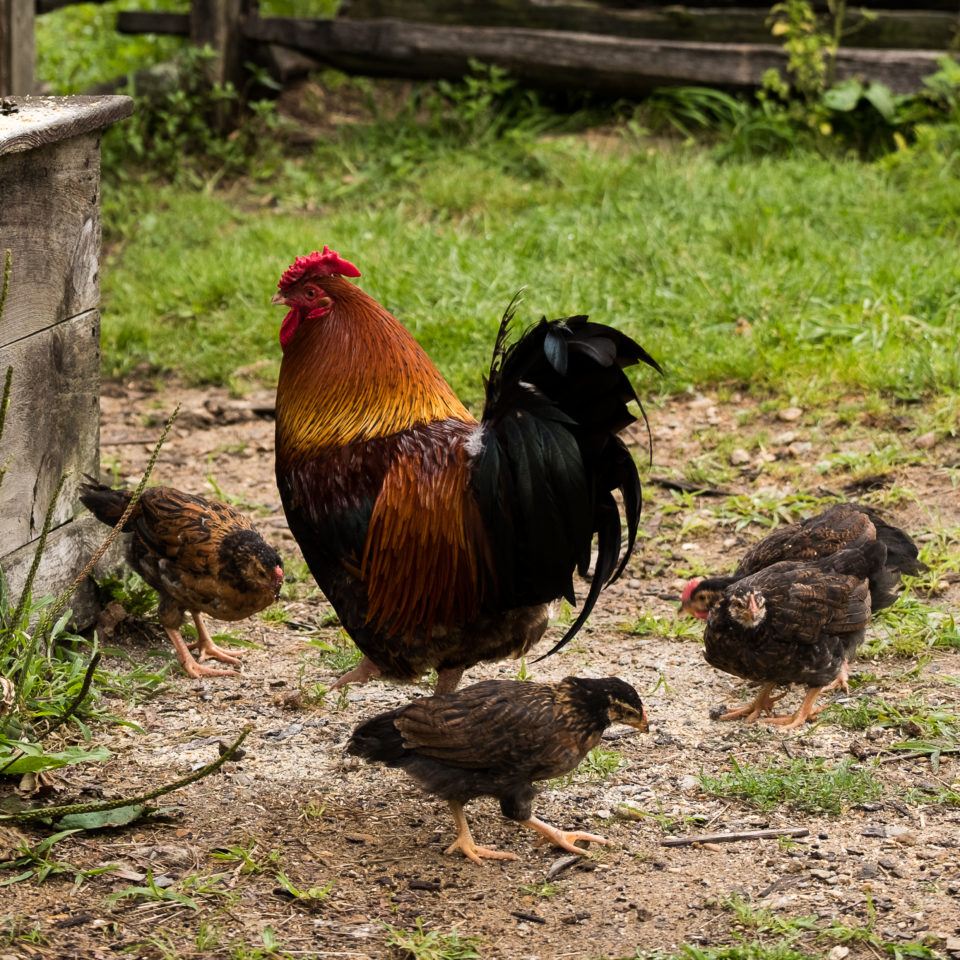 This “fancy” breed was known for its quality meat, but was not as large as the wild turkeys. New turkeys will arrive at the Fenno Barn in the late spring! 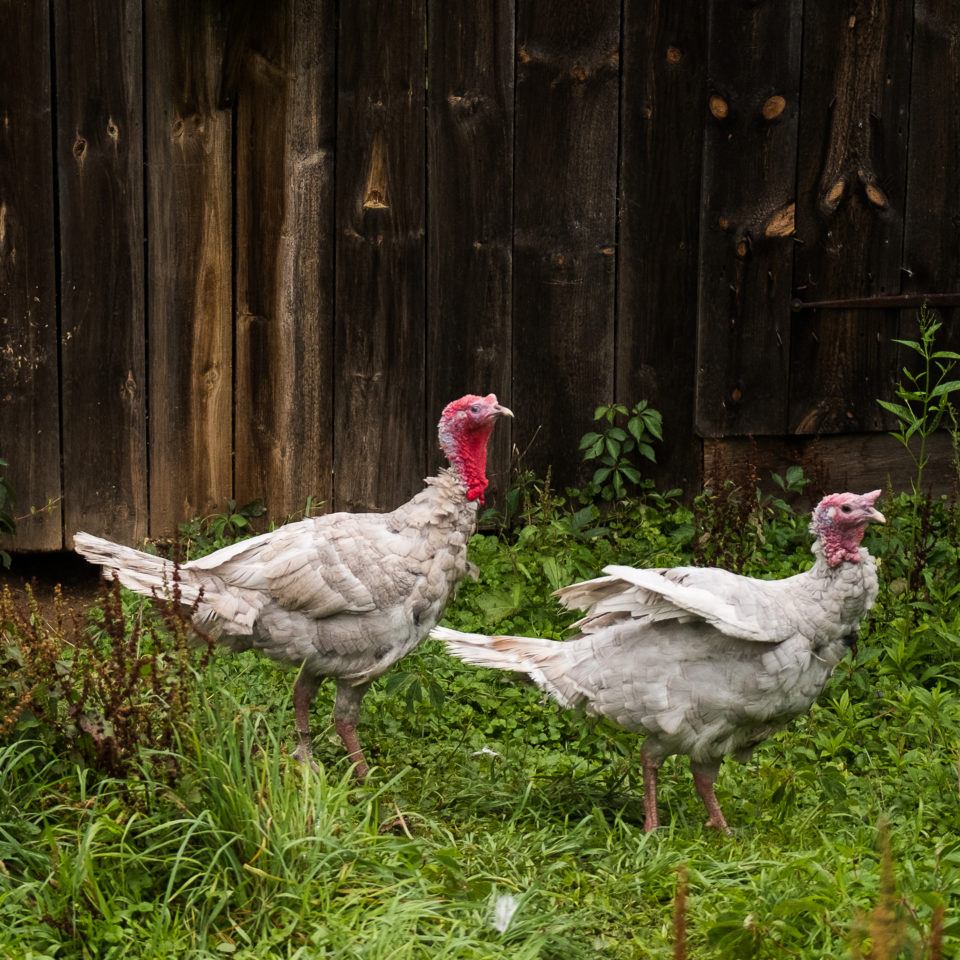