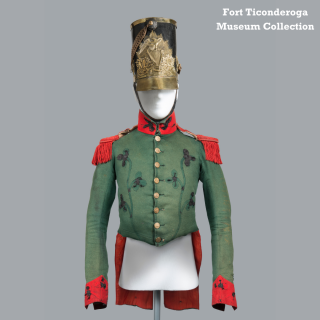 Join Fort Ticonderoga’s Curator, Dr. Matthew Keagle, and the Museum of African American History’s Director of Education and Interpretation, L’Merchie Frazier, as they discuss the ways in which Irish-American and African American communities combined their own identities with patriotic service to gain broader acceptance and agency in Massachusetts society. They will focus on two military units: the Montgomery Guards, the first Irish-American militia company formed in Boston in 1837, and the 54th Massachusetts Volunteer Infantry Regiment, the first African American unit raised in the North to fight in the American Civil War. Join us as we uncover the trials that each unit faced and the impacts they had on society in Massachusetts.

This webinar is for members of Old Sturbridge Village, Fort Ticonderoga, or the Museum of African American History.

About the Guest Panelists:

Dr. Matthew Keagle has been involved in curation, exhibitions, research, historical interpretation, and program development for historic sites and museums in Massachusetts, Rhode Island, Connecticut, New York, Delaware, Virginia, and North and South Carolina. He holds a Bachelor’s degree from Cornell University, a Masters in American Material Culture from the Winterthur Museum, and a Ph.D. from the Bard Graduate Center in New York City. He joined Fort Ticonderoga in 2014 and has been involved in developing exhibits, conducting research, delivering programs, and advancing our understanding of the 18th-century military experience. He has researched and lectured at archives and collections across the US, Canada, and Europe, with a particular research focus on military dress in the 18th century. 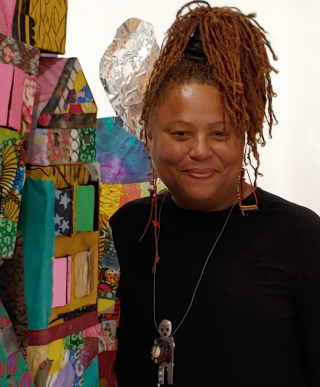 L’Merchie Frazier, is Director of Education and Interpretation for the Museum of African American History, Boston/Nantucket for fifteen years, highlighting the Museum’s collection/exhibits, providing place-based education and interdisciplinary history programs, projects, and lectures, promoting STEM / STEAM education pedagogy.  She was one of three artists chosen for the 2016 City of Boston AIR artist in residency program from the Mayor’s Office of Art and Culture working with the Department of Substance Abuse Recovery Services and its community.  She is adjunct faculty for Pine Manor College, Chestnut Hill, Massachusetts.  She has served the artistic community for over twenty years as an award-winning national and international visual and performance artist and poet, with residencies in Brazil, Taiwan, France, and Cuba. Recent residencies include the New England Foundation for the Arts 2018 Creative Cities and the 2018 Stable Ground Northeastern University Law School Artist Residency. As a lecturer and workshop presenter, her audiences include youth and adults.  L’Merchie is a member of Women of Color Quilter’s Network. She is a Northeastern University resident artist at AAMARP, African American Master Artist in Residency Program, and resident artist at Southend Technology Center and Fairmount Innovation Lab, MIT FabLabs in Boston. She is a Board member of the Boston APP/Lab. Her fiber works serve to document history and memory, and often include innovative technology. These artworks are featured in a series entitled The Quilted Chronicles. L’Merchie’s selected works are included in several art publications and in the permanent collections of the Museum of Art and Design, the Minneapolis Institute of Art, the Smithsonian Institute and the White House.