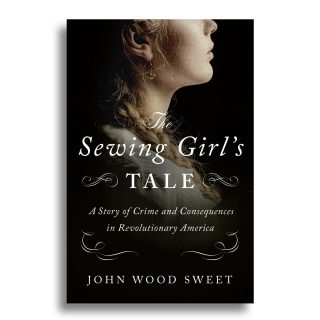 Ox & Yoke Mercantile at the Village

Join us on Friday, September 9th, for a talk and book signing with John Wood Sweet, author of The Sewing Girl’s Tale in the Ox & Yoke Mercantile!

About The Sewing Girl’s Tale

Based on extraordinary historical detective work, Lanah Sawyer’s story takes us from a chance encounter on a 1790s New York City street into the squalor of the city’s sexual underworld, the sanctuaries of the elite, and the despair of its debtors’ prison—a world where reality was always threatened by hope and deceit. It reveals how much has changed over the past two centuries—and how much has not.

“The Sewing Girl’s Tale opens a window on the tumultuous world of the early republic. What we see is in some respects lurid and shocking, but it also delivers a vividly intimate portrait of American life as the nation was coming into being” 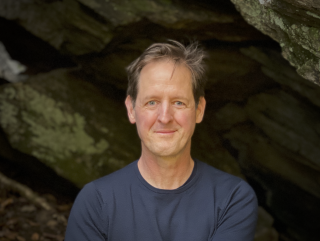 John Wood Sweet is a professor of history at the University of North Carolina at Chapel Hill and former director of UNC’s Program in Sexuality Studies. He graduated from Amherst College (summa cum laude) and earned his Ph.D. in History at Princeton University. His first book, Bodies Politic: Negotiating Race in the American North, was a finalist for the Frederick Douglass Prize. He has served as a Distinguished Lecturer for the Organization of American Historians, and his work has been supported by fellowships from the National Endowment for the Humanities, the Mellon Foundation, the National Humanities Center, the Institute for Arts and Humanities at UNC, the Gilder Lehrman Center at Yale, the McNeil Center at Penn, and the Center for Global Studies in Culture, Power, and History at Johns Hopkins. He lives in Chapel Hill with his husband, son, and daughter.

Admission is not required to enter the Ox & Yoke Mercantile.