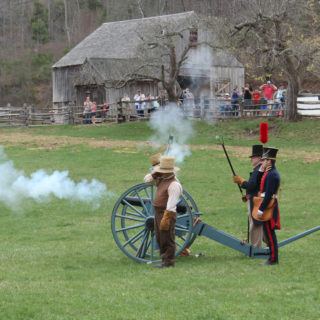 Patriots’ Day observances at Old Sturbridge will resound with the stirring beat of drums and the thrilling call of the fife!

In celebration of Patriots’ Day, we are exploring the stories of Patriots who helped lay the groundwork for the founding of our country during the American Revolution as well as military history from the 19th and 20th centuries. Through military drills, musket demonstrations, and more, guest re-enactors* from across New England representing military units from several different wars will bring the stories of the American military to life. You can also see our blacksmith forging of parts for a flintlock, hear period music and talk to a surgeon to learn about medical care during the War of 1812. 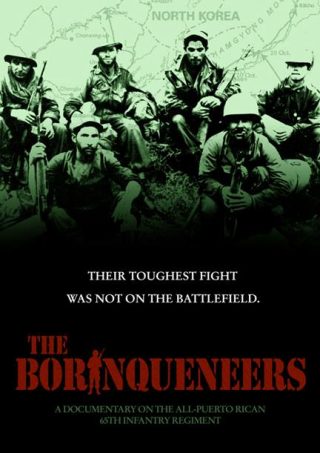 This documentary shares the fascinating never-before-told story of the Puerto Rican 65th Infantry Regiment, the only all-Latino unit in U.S. Army History. Following the screening, join us for a conversation with the two sons of one of the Borinqueneers.

Narrated by Hector Elizondo, the documentary explores the fascinating stories of courage, triumph and struggle of the men of the 65th through rare archival materials and compelling interviews with veterans, commanding officers, and historians.

The 65th Infantry Regiment was created in 1899 by the U.S. Congress as a segregated unit composed primarily of Puerto Ricans with mostly continental officers. It went on to serve meritoriously in three wars: World War I, World War II and the Korean War. The unit’s name derives from the Taino word “Borinkén,” meaning “Land of the Valiant Lord,” as was the name that this Indigenous community gave to the island before its colonization. Read more on the film’s website here.