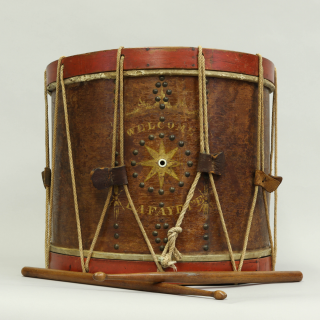 Inspired by the Village’s 75th-anniversary celebration theme and Jane Nylander’s research and forthcoming publication, the New England on Parade exhibition will examine the history of parades and parade traditions in New England from 1776 to 1940. The exhibition will be housed in multiple buildings throughout the Old Sturbridge Village campus and will highlight the ways in which parades brought communities together for public celebrations and commemorations, while also addressing how parades were used to generate support for social and political causes. 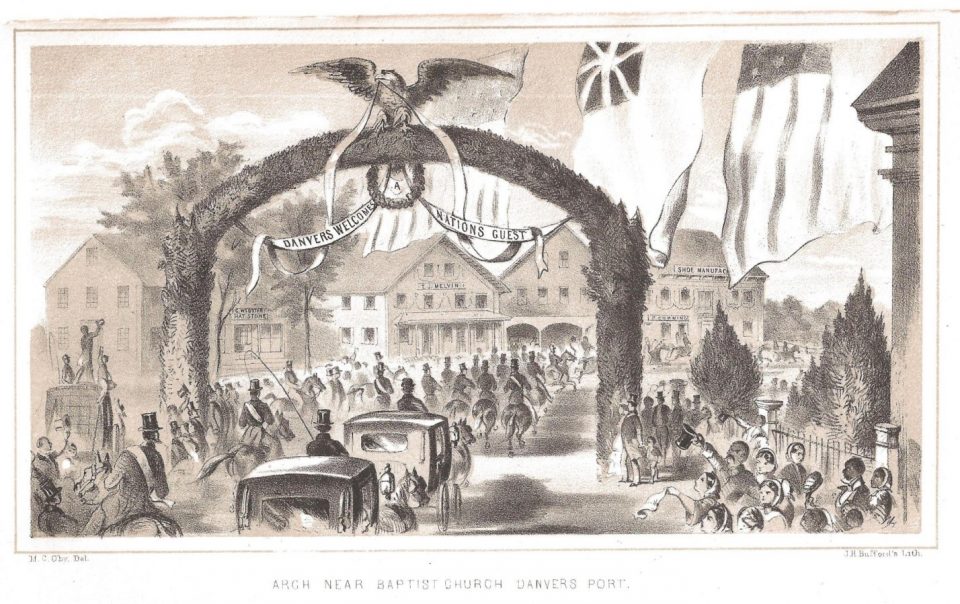 The gallery in the Visitor Center will reflect the typical processional order of a 19th-century New England parade: VIPs, militia units, brass units, firemen, tradesmen, children, and women. After entering through a triumphal arch, visitors will find objects such as the 1845 pump engine “VETO,” watercolors by James Head, outfits worn by women and children in parades, and pictures of past parades at the Village. Two Maine Charitable Mechanic Association banners from 1841, on loan from the Maine Historical Society, will also be on display. This space will also include information about the difficult history of Antiques and Horribles parades in New England.

In the Countryside Gallery, guests can explore the ways in which parades have been used to advocate for political and social causes. The space will feature sections devoted to temperance parades, suffrage parades, fraternal groups (like the Freemasons), and political parades. A highlight in this part of the exhibition is a reproduction of an Old Oaken Bucket float, a staple of 19th-century temperance parades.

In the existing Armed & Equipped gallery on Gallery row, guests will find a series of supplementary panels that will explore themes related to militia involvement in parades and celebrations.

New England on Parade will be on display through July 2023. 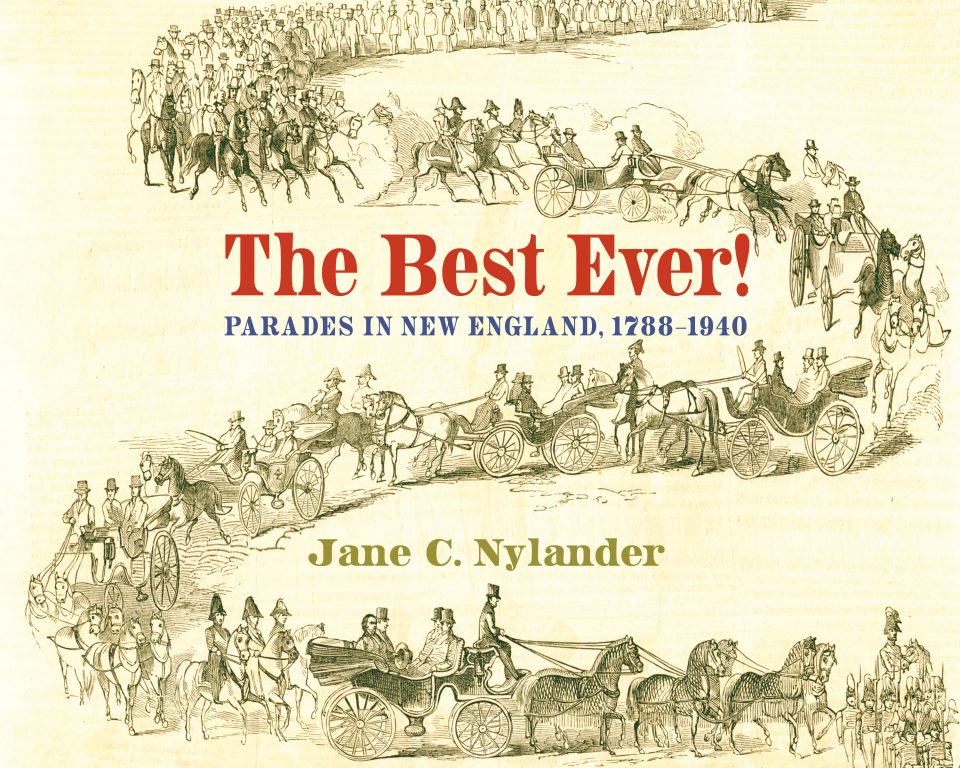 The Best Ever! Parades in New England, 1788-1940 offers never-before-seen images of actual parades, including floats and banners that have mostly disappeared over the years. Meticulously documented and lavishly illustrated with nearly 300 photographs, it’s a wonderful account of the evolution of one of New England’s favorite traditions.

You can also purchase Jane’s first book, Our Own Snug Fireside, based questions she received while working at the Village, through our gift shop. Contact shop@osv.org to learn more.