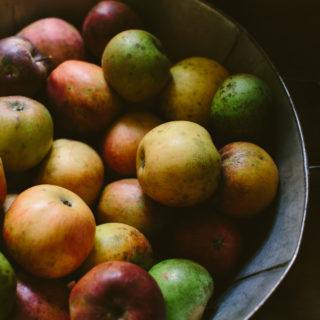 Celebrate the harvest and the beautiful New England autumn at the peak of fall color. Learn how food makes its way from the farm to the dining room table.

One of the most popular items of the fall harvest is apples. In New England, cider making is to autumn what maple sugaring is to spring. However, 19th-century farmers would not recognize the sweet cider we enjoy from farm stands today. Cider in the 1800s was not merely the apple juice, but was fermented “squeezings” from apples, which meant the cider would keep through the spring planting, summer heat and into the harvesting of the next apple season. Throughout the day, our interpreters will be cooking and preserving this special fall fruit and operating the ox-powered Cider Mill.

On the first weekend, October 5-6, be sure to check out the Home Gardeners’ Exhibit.

On October 12-13, come for a screening of Forgotten Farms in the Stephen M. Brewer Theater in the Visitor Center at 3:30 pm. Forgotten Farms examines class divides in our farm and food communities. 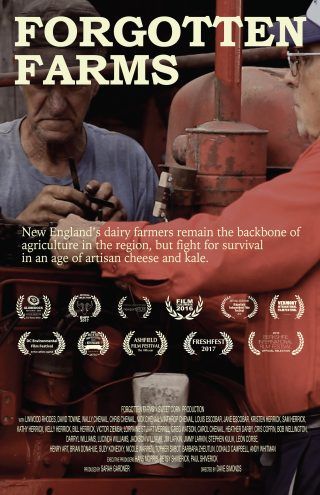 Forgotten Farms examines the class divides in our farm and food communities. In some circles, farm-to-table restaurants, farmer’s markets, and CSAs are booming and the new farmers are celebrated. But there is another farmer who is left out of the local food celebration. New England has lost over 10,000 conventional dairy farms in the past 50 years; 2000 farms remain. Collectively, they tend 1.2 million acres of farmland and produce almost all of the milk consumed in New England. In our enthusiasm for the new food movement, many of us have forgotten that 75 years ago these farmers were at the center of a thriving local food economy. Through conversations with dairy farmers and policy experts, we reconsider the role of these fascinating but forgotten farmers. Forgotten Farms also gives us a glimpse into the past and a vision of expanded local agriculture for all of New England’s population. A truly sustainable local food system for everyone will rely on all of our farmers. Learn more here.

On Saturday, October 12, the screening will be followed by a panel discussion including the film’s producers, local dairy farmers, and OSV Agricultural/Horticulture staff. The Panel will also include Dave and Margaret Hanson, of Hanson Dairy in Brookfield, MA, an Agri-Mark Cabot Cooperative dairy with 60 milking cows. Dave is a 5th generation dairy farmer and his wife is integral to the farm as well.

This event is sponsored by: