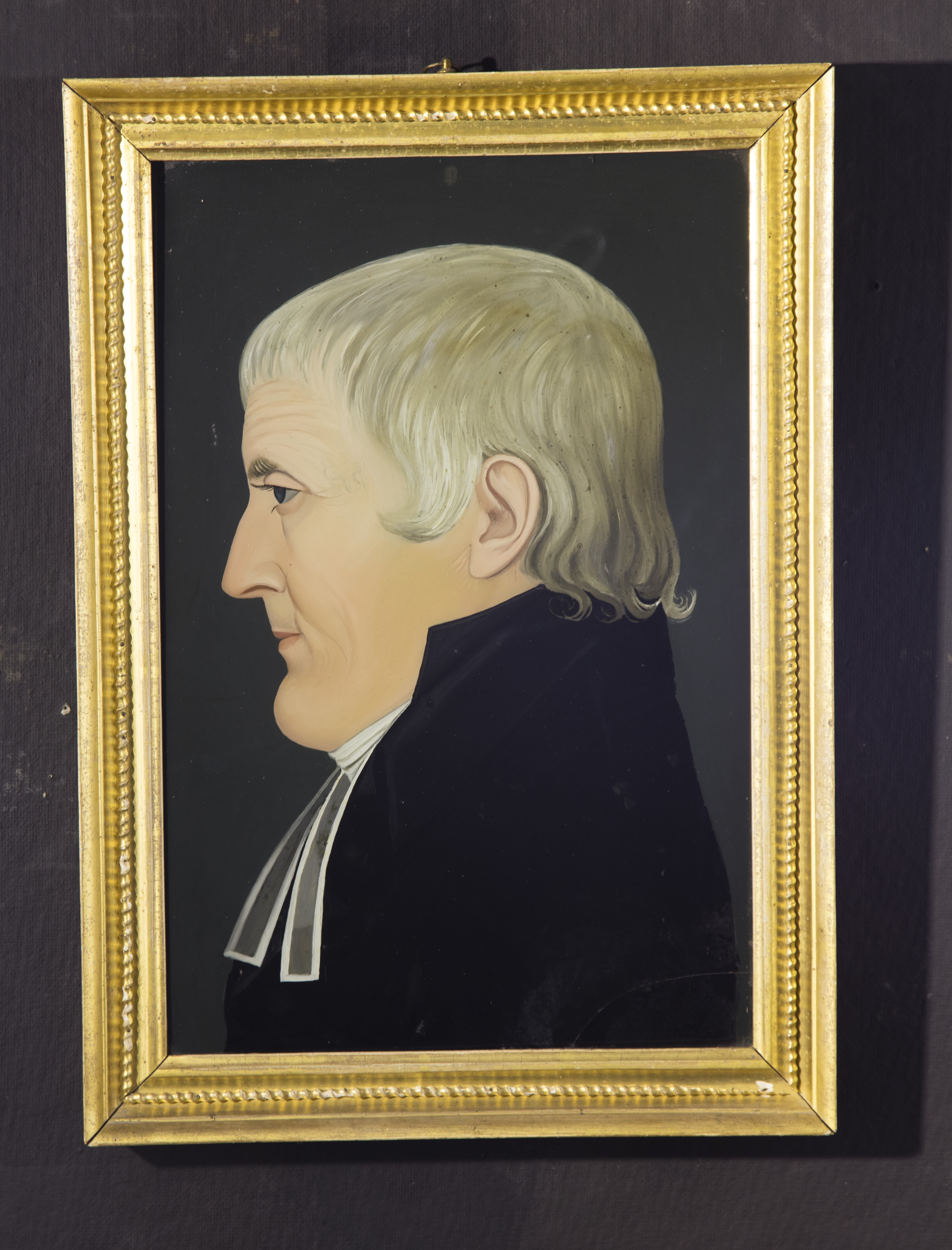 Reverse painted bust portrait of Reverend Joseph Pope, facing left. The background is dark gray-black. He is dressed in black clerical garb with white stock, black coat. The Reverend Joseph Pope was born in Pomfret, CT on September 28, 1745 and died in Spencer, MA on March 8, 1826. He graduated from Harvard with an A.B. in 1770; taught at Worcester for a year; and was ordained at Spencer on Oct 20, 1773. Second minister of Spencer, MA from 1773 to 1818. During part of the time that the Revolutionary army was stationed at Dorchester, he was chaplain of a company of Spencer men in the militia, all of whom were members of his parish. It was at this time that he met Anna Hammond and married her on October 20, 1777. They had four children: Joseph, who graduated from Harvard; Charles; William; and Anna. 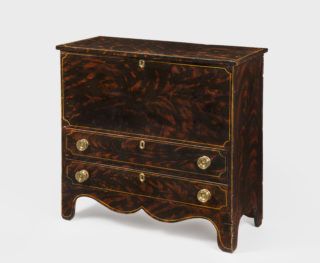 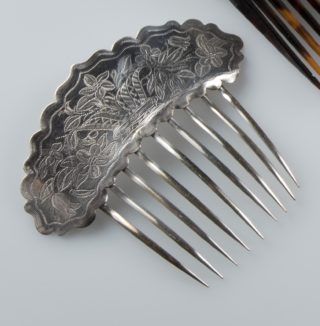 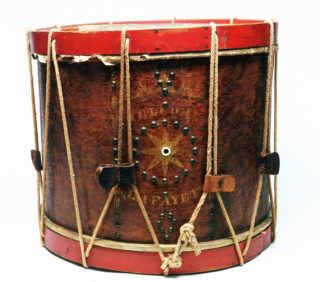