The Thompson Bank was one of a growing number of commercial banks in the 19th century that loaned money to promote rural industry and trade. These commercial banks were chartered and closely regulated by the state they were in. The Thompson Bank building originally stood on the common of Thompson, Connecticut. It was a bank from 1835 to 1893 and remained in Thompson until 1963, when it was moved to Old Sturbridge Village.

Designed in Greek-Revival style, the bank is furnished with astral lamps, a cast-iron stove with classical columns, and a regulator clock attributed to celebrated clockmaker Simon Willard. There is also a counter, cashier’s desk, and a granite-walled vault safeguarded by a massive iron door.

While many of the buildings at Old Sturbridge Village were dismantled and reassembled after being moved to the Village, the Thompson Bank was moved in one piece aboard a flatbed truck. 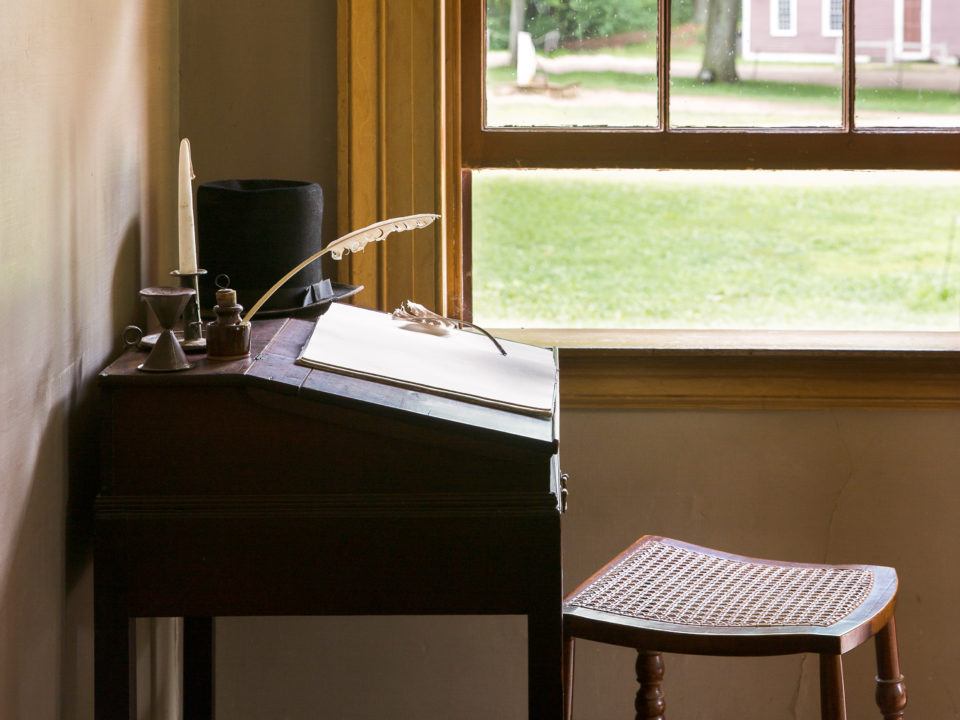