In New England, shoes were big business. After farming and textile manufacture, more New Englanders were employed in the shoe industry than in any other occupation in the 1830s.

A “putting-out system” for making shoes developed in eastern Massachusetts in the late 18th century, enabling manufacturers to produce large quantities of footwear. By 1825, the process had spread throughout the New England countryside. First, central shop manufacturers and storekeepers provided young women with the soft leather upper parts of the shoes to sew in their homes. Then the shoes were completed in small shops, where workmen sat at benches with their hammers, lasts, awls, and pegs close at hand. Durable cowhide shoes and boots were shipped to Boston and then sent to such diverse places as Georgia, Ohio, Cuba, Haiti, and Chile for sale.

The Shoe Shop at Old Sturbridge Village was constructed in the mid-19th century, most likely as a shoe shop or another workshop. Up to 10 shoemakers might have rented space in a shop like this, each working to fill his orders. 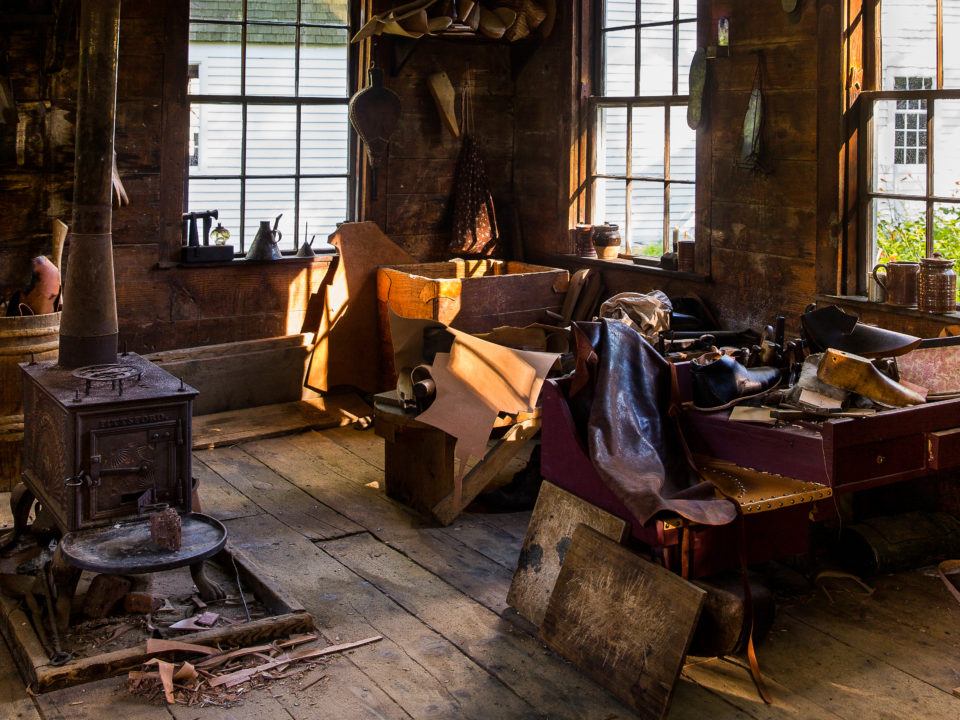