The Solomon Richardson house (previously known as the Parsonage), was built in what is now East Brookfield, Massachusetts. The house is painted white to complement the more modern Greek-Revival structures on the Common. Greek Revival was the most popular style of architecture from 1830 to 1850. This was known as a “whitening of New England,” as churches, commercial buildings, and dwellings reflected the white marble facades of ancient Greek temples.

The Gebhart Barn was the first historical building re-erected at the Village. Today, it contains benches and a small platform stage and is often used for performances, talks, and other Village programming. 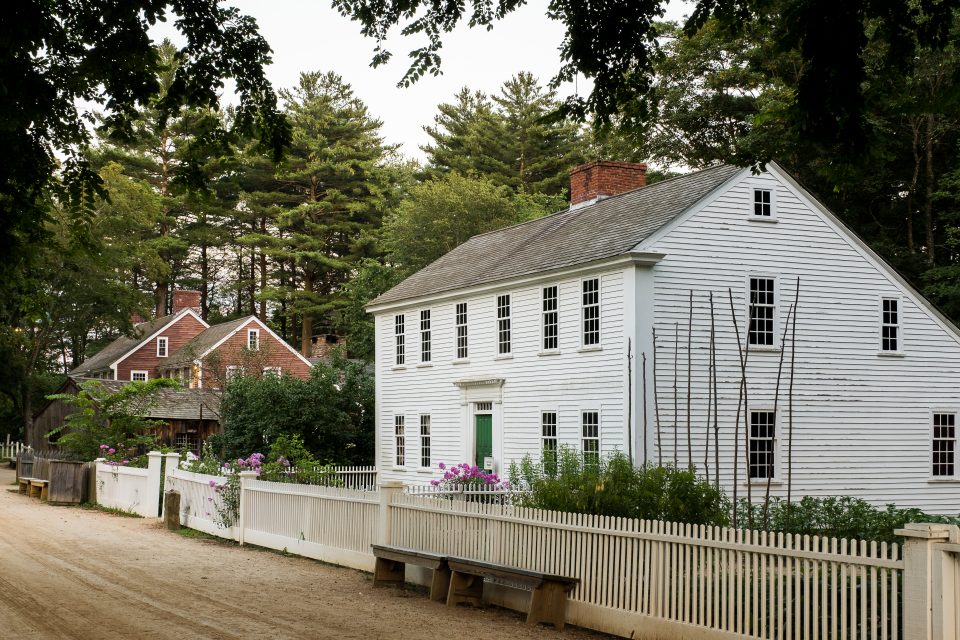 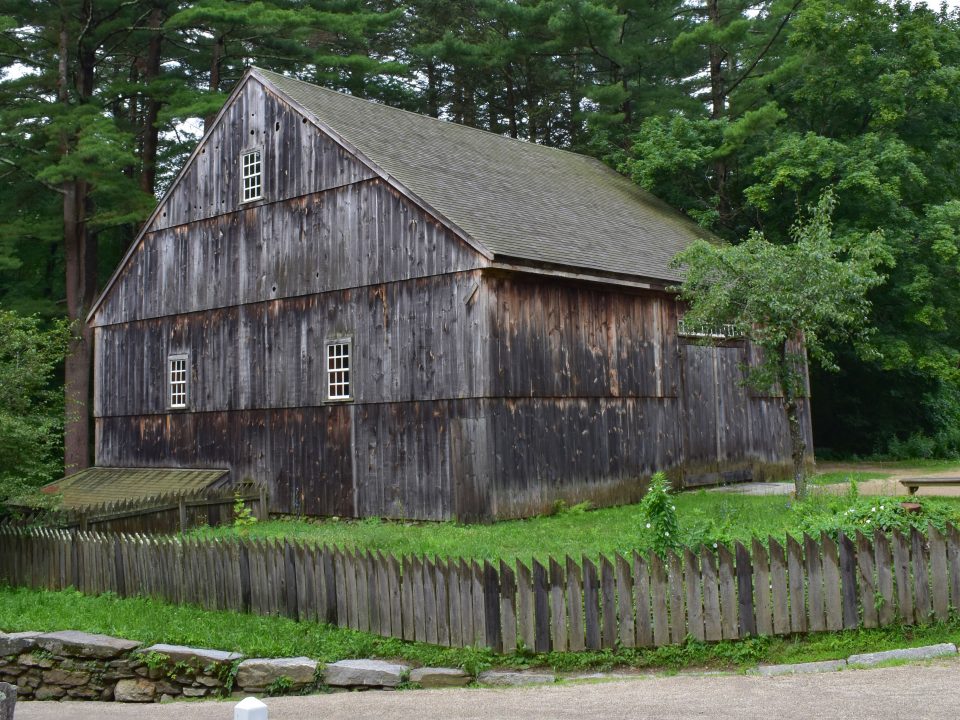