The Pottery Shop is one of the region’s few remaining original structures built for creating and firing redware pottery. Outside the shed, there is a large, reproduction brick “updraft bottle” kiln for firing pots. Constructed by farmer and potter Hervey Brooks, the Pottery Shop still bears Brooks’ initials on a small beam, upside down, near where Old Sturbridge Village’s potters work today.

The first year that Brooks built the shed he produced such a backlog of wares that he did not fire pottery again for eight years. From 1828 on he made and fired one kiln load each year, primarily producing milk pans, cooking pots, and jugs, which he stamped with his name. Brooks sold some of his red ware to country stores on contract, and he exchanged smaller lots with his neighbors for goods and services. Hervey Brooks also made the bricks for the Goshen, Connecticut, smoke house that now stands in the Village’s Freeman Farm garden. However, increasing competition from tin ware and stoneware producers and local population decline gradually eroded demand for his goods. Brooks hung on long after virtually all of New England’s redware potters had given up the craft, burning his last kiln in 1864 at 85 years old. 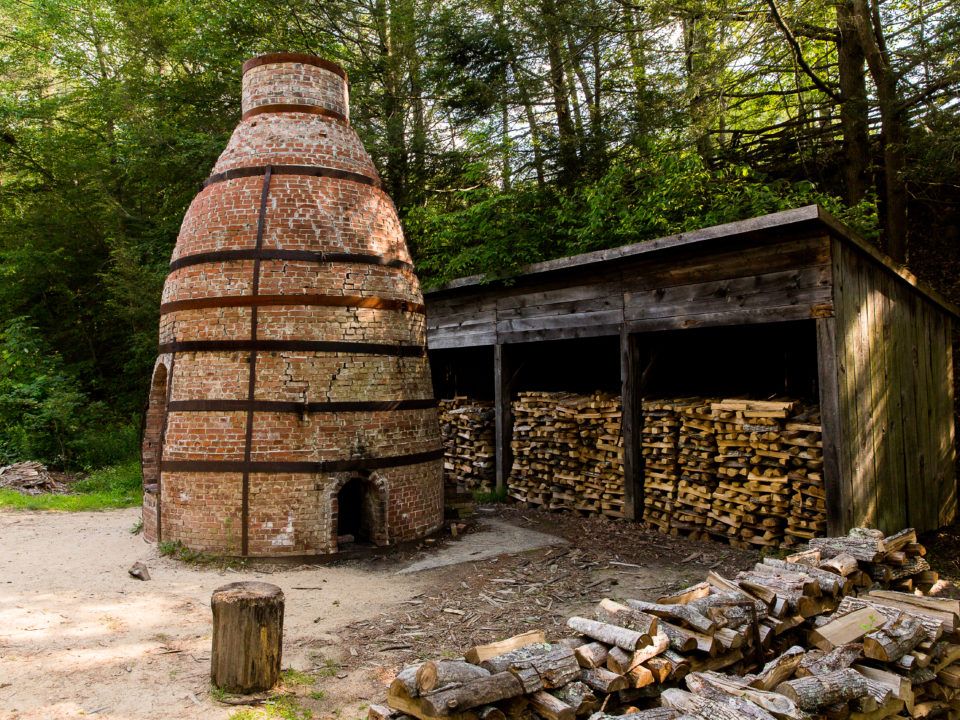 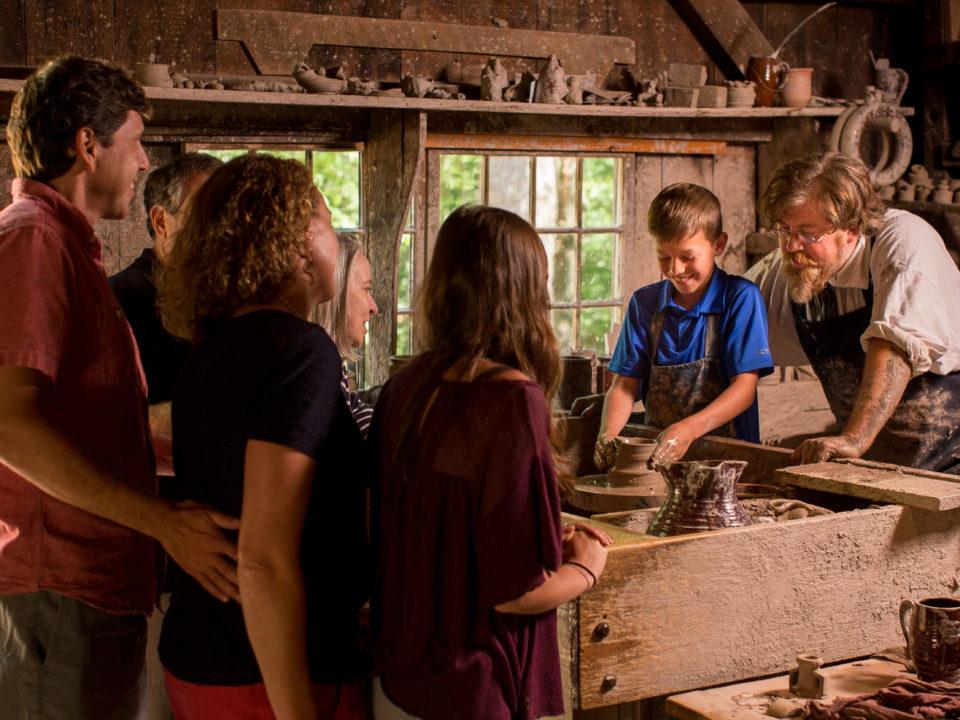