The kitchen garden at the home of the minister’s family illustrates the more scientific approach to gardening that some prosperous farmers and well-educated professionals practiced.

The garden’s layout is based upon a plan laid out in Thomas Bridgeman’s 1839 The Young Gardener’s Assistant. Bridgeman describes permanently raised beds, enriched with composted manures and household wastes. The beds were planted strategically with annual and biennial crops rotating around beds of perennial vegetables to help prevent issues with insects, disease, and exhausting the soil. The minister and his wife are both involved in gardening and cultivated several vegetables that were less-commonly grown in the 1830s. Modern favorites like tomatoes, celery, and peppers provided variety to the family’s diet although these flavors were often considered foreign to the 19th-century palate.

The minister may also experiment with progressive garden structures to assist plant growth. A wooden frame with a glass cover made of window sashing extends the growing season. Set over a mound of fresh horse manure, the fermentation and decomposition of the manure provides bottom heat while the wood and glass frame provides shelter for tender, young plants. In the early spring, the hot bed is used to force early crops and to start tomatoes and pepper. In the autumn, it is used as a cold frame to extend the season for salad greens.

The fenced dooryard garden follows a common pattern of beds and borders. Hardy perennials and biennials are the mainstay of this garden. Crocus, primula, tulips, and forget-me-nots are the first to appear in the spring. Old fashioned shrub roses perfume the garden in June. The delicate pink flowers of ragged robin appear in late spring, giving way to the bright yellow Sundrops, pink mallows, and scarlet beebalm with the coming of summer. Biennials such as dame’s rocket, foxglove, Canterbury bells, and sweet William self-sow easily but must be guarded through their first year. The care will be rewarded with bloom in their second season. 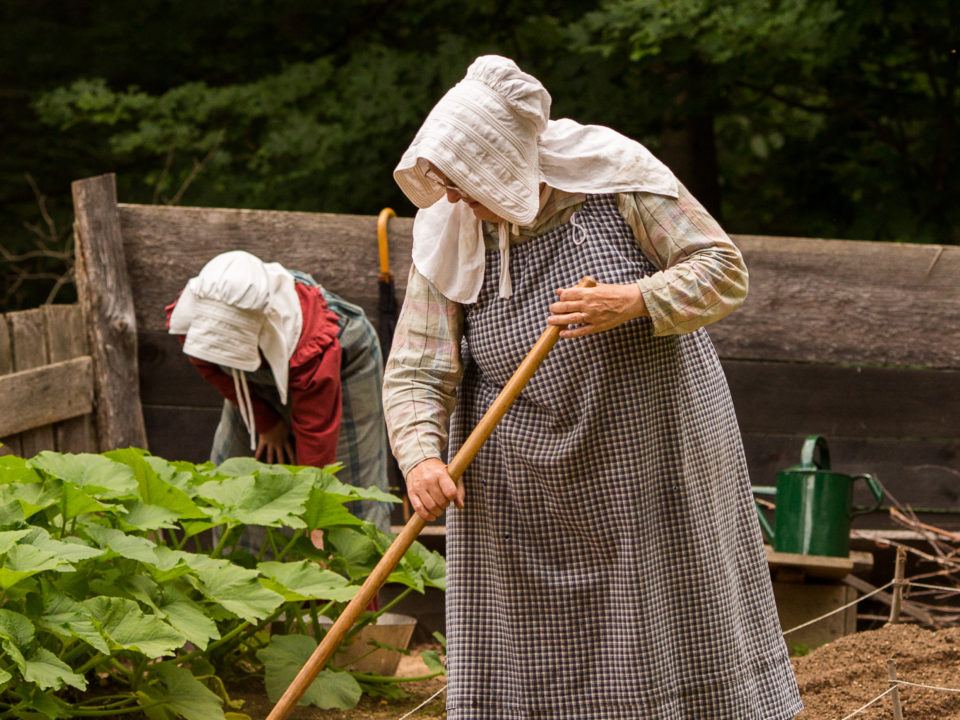 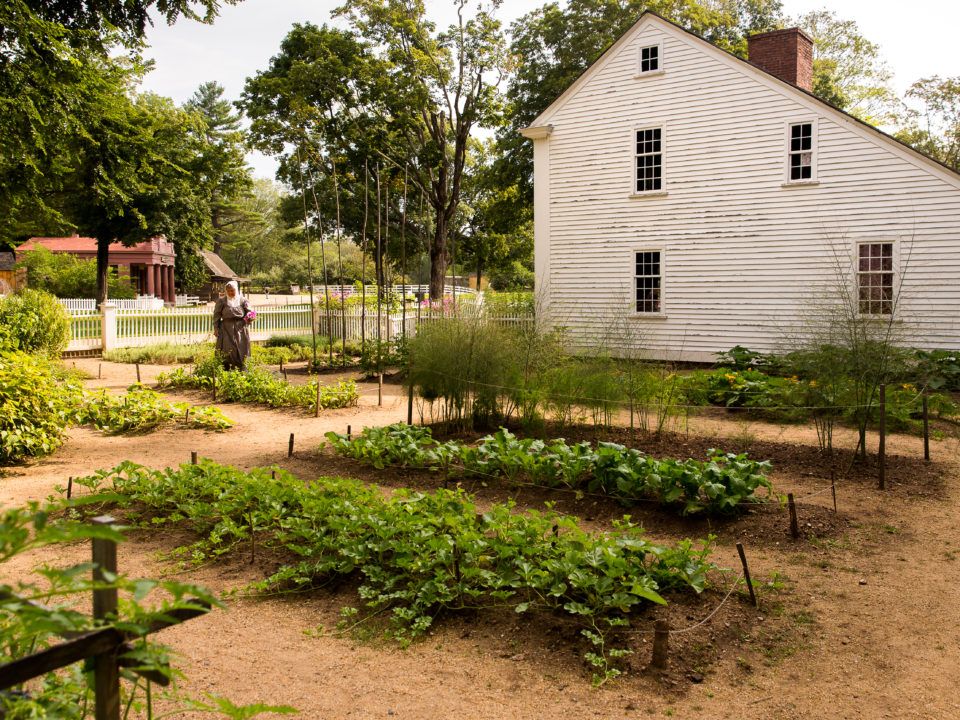