Located in the hub of the Center Village is the Miner Grant Store and Bakeshop. The store was built on the site of a previous store and apothecary that burned after an accidental explosion. In 1938, A. B. Wells purchased it and moved it to Old Sturbridge Village. The Grant Store was restored in the 1940s, but while the building features some original materials, it bears little resemblance to the original 19th-century structure.

Miner Grant, Jr., had been a young clerk in the first store during the fire and narrowly escaped with his life. His father, Dr. Miner Grant, Sr., a prosperous physician and merchant, purchased and rebuilt the store. He ran it with his son, selling cloth, shoes, farm tools, flour, molasses, sugar, spices, sewing notions, tin ware, glass, patent medicines, cutlery, and imported ceramics. In 1806, Grant, Jr., took over the operations, and when he died in 1850, he left the store to his nephew. The Grant Store operated well into the 20th century. Today, the Miner Grant Store is one of the museum’s gift shop locations. 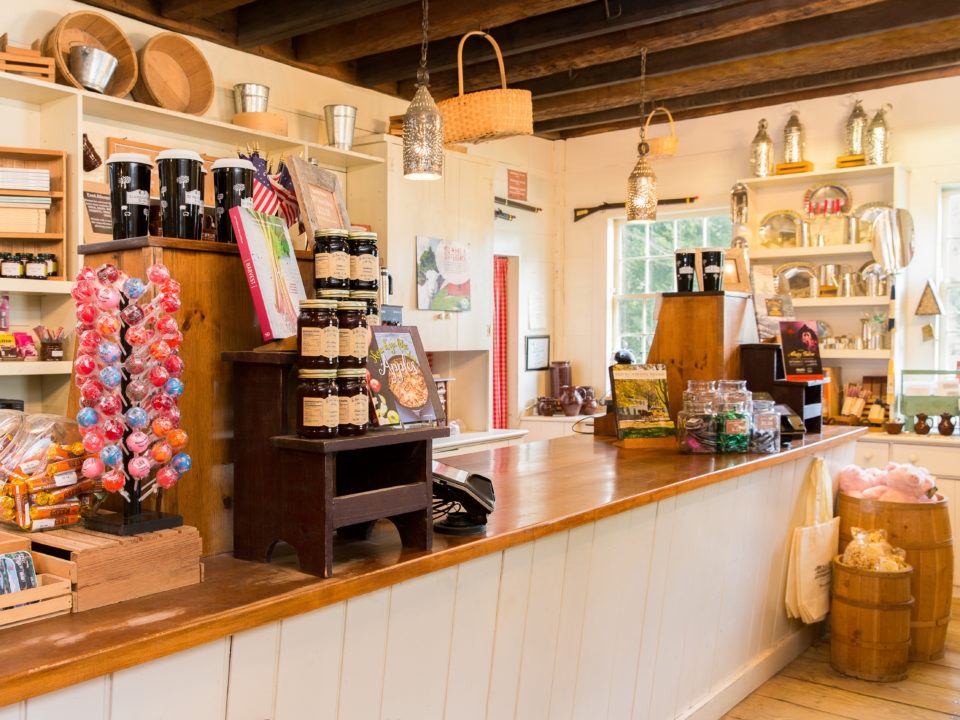