The Religious Society of Friends was a small denomination in early 19th-century New England called Quakers. Uncompromisingly plain in dress, speech, and manners, they practiced a distinctive style of worship and were determined to maintain the integrity of their beliefs and practices. 19th-century New England had close to 100 Quaker meetinghouses, often in small Quaker neighborhoods set off from the larger community.

The Friends Meetinghouse was built in Bolton, Massachusetts in 1796. The Village restored the building in the 1950s. The steeple-less meetinghouse, with its traditional 17th- and 18th-century architectural form (the “long” side was parallel to the road), was a testimony to the Quaker aesthetic of plainness and the group’s cultural conservatism. 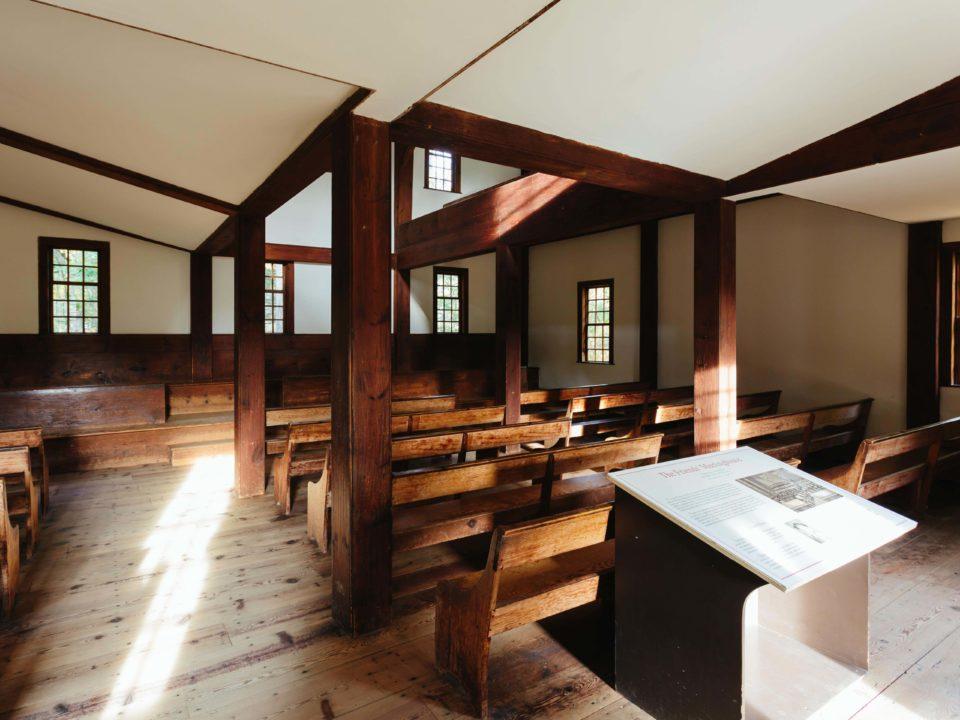