Pliny Freeman and his family lived in this modest one and-a-half-story gambrel-roofed house in Sturbridge in the early 1800s. During this era, farm families were endlessly busy. Besides doing the sewing and the laundry, women were responsible for raising much of the family’s food. They tended large kitchen gardens, planting, weeding, and saving seeds and then harvesting and preserving the produce. They preserved the harvest by putting root vegetables in sand in the cellar, drying or smoking meats, or pickling food in brine. They also planned, cooked, and then served the household meals. Farmwomen took care of the family cows as well, making butter and cheese to provide much of the home’s trade with the outside world. Meanwhile the men in the family plowed, planted and harvested the fields, made and mended fences, tended livestock, and cut and hauled large amounts of firewood.

Today at the Freeman Farm, work still follows the same seasonal and daily rhythms. Crops are planted and harvested, food is cooked at the kitchen hearth, animals are tended in the barnyards, and meat, butter, cheese, and produce are prepared for household use. 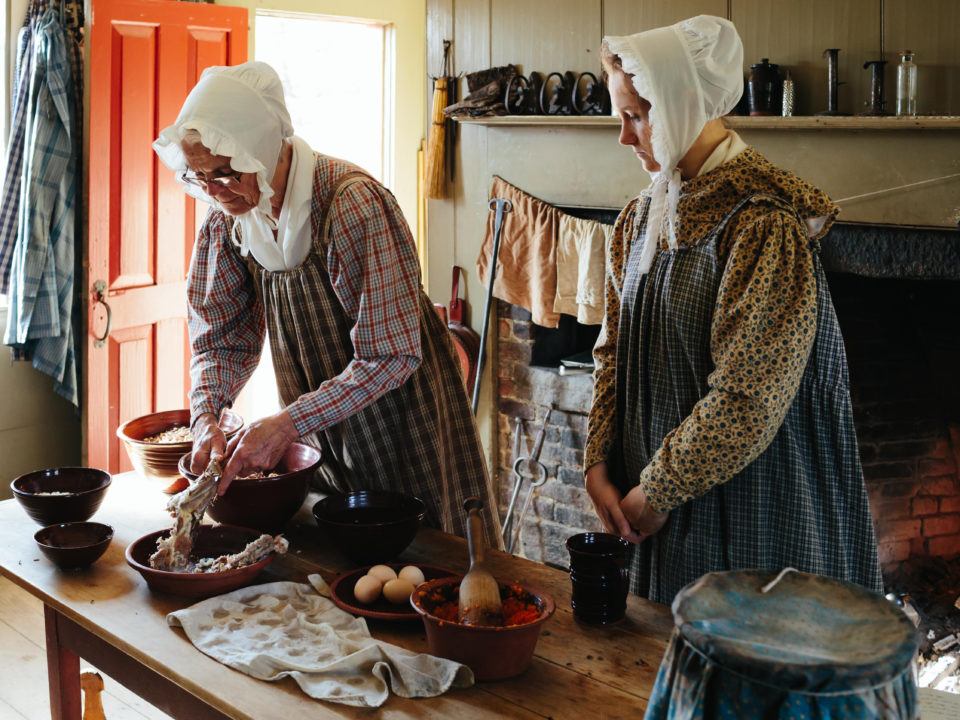