Long before the American Revolution, most New Englanders were required to pay taxes to provide tuition-free schools for their children. By 1800, the majority of towns were divided into districts with neighborhood schools. Schools were in session between December and March, when older children did not need to work on the farm. Younger children, too small to help with chores and likely to be underfoot, also attended school between May and August. With up to 50 students of all ages, discipline was often hard to maintain, and punishments were sometimes severe. Teachers, or “school-keepers,” were usually between 17 and 25 years old and had only a district school education themselves.

New England children usually started school when they were four, learning the alphabet and then moving on to reading. At about seven, they began to study geography, followed by penmanship at nine, and arithmetic and more difficult reading between the ages of 10 and 12. Older students worked on history and grammar.

The main room of the District School features the school’s original desks, which display carved graffiti from generations of schoolchildren. A stove in the center of the room provides heat on cold days, and the wood for the stove is stored in the entrance hall. 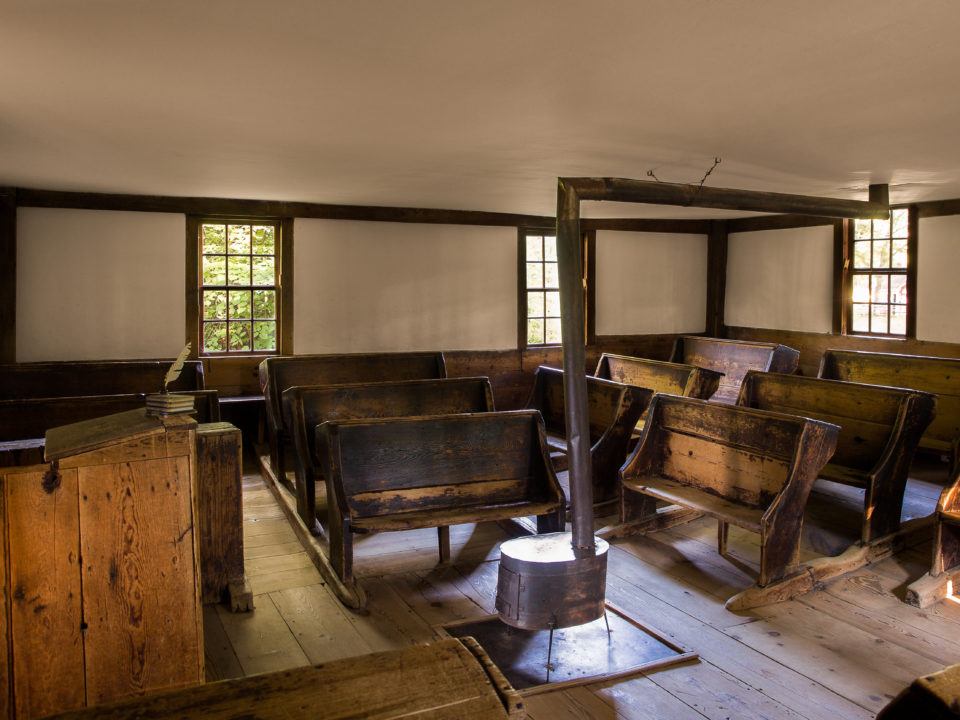