The early 1800s saw an increasing awareness of “childhood” as separate from infancy, yet distinctly different from young adulthood.   And while the 19th century saw the advent of many childrearing trends that continue today, the child’s world of the Early Republic was far from the toy-filled nurseries of the Gilded Age of the 1890s and the cavernous toy super-stores of the 21st century.

Explore the changing world of children through their toys, their clothes, and their work.   Like their modern counterparts, children in the 19th century played with dolls and toy animals, were expected to help with household work, went to school and looked forward to being “grown up.”    Through diaries, letters, and reminiscences, the sometimes humorous and sometimes poignant voices of early 19th century children and their parents bring their material culture to life. 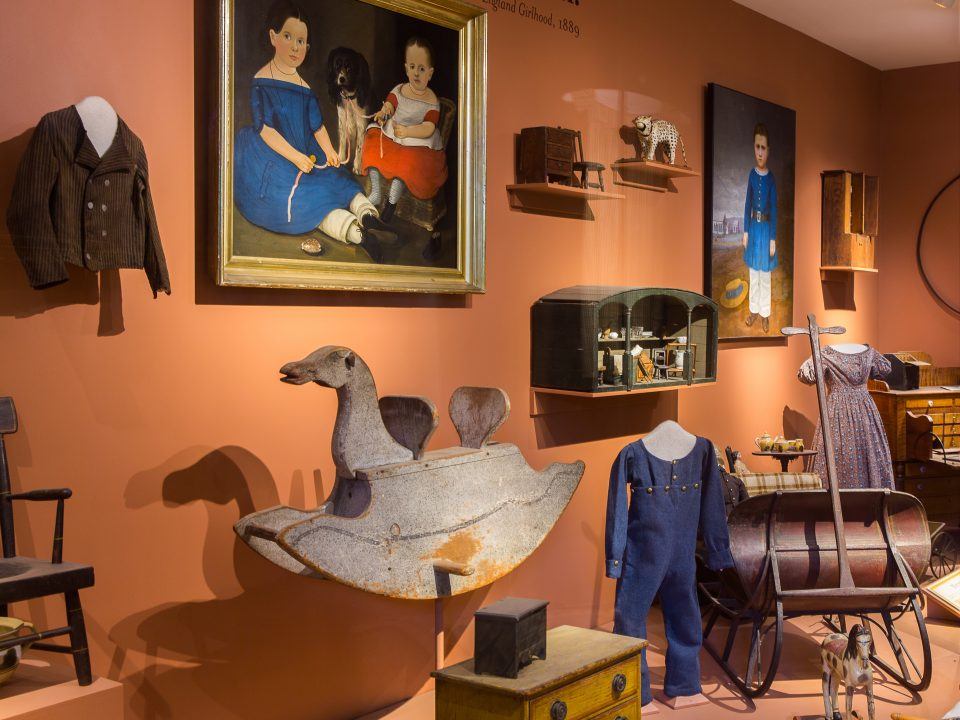