Blacksmith Moses Wilder owned land that adjoined a stone quarry operated by his wife’s cousins in Bolton, Massachusetts. Wilder built the Blacksmith Shop using some 400 granite stones from the quarry to form the walls. He was able to maintain a prosperous business making and repairing tools used in the neighboring quarry. His son, Abraham, later took over the business.

Neighborhood blacksmiths undertook several different kinds of work in rural New England, and most towns had several blacksmiths. Some specialized in producing edge tools or machinery. Others shoed horses or turned to wheelwrighting and repairing vehicles. Many did general iron work, repairing manufactured and imported tools, shoeing horses and oxen, and making hardware and other metal items needed in the community. 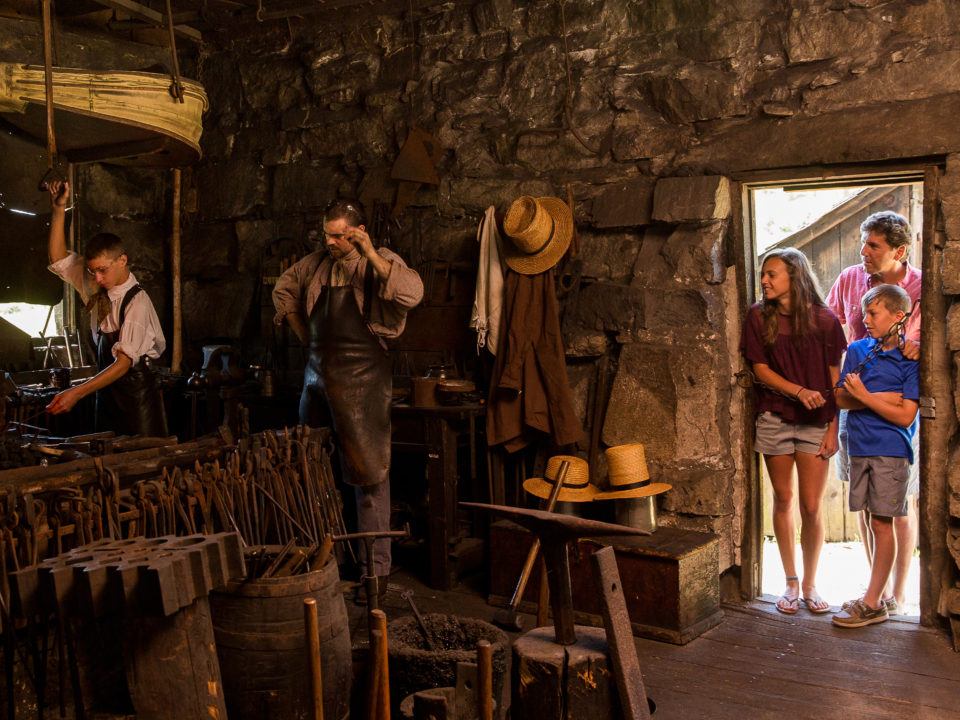