The Bixby House is Old Sturbridge Village’s best researched and restored home. It was home to the Bixby family from 1826 until the 1870s and was donated to the Village by the Derby family (Bixby descendants) in 1974. At the time the house was donated, it still contained many original 19th-century furnishings; few modernizations had been made.

Emerson Bixby was a blacksmith in the rural neighborhood of Barre Four Corners, Massachusetts, where he lived with his wife, Laura, and their three daughters on a one-and-a-half-acre lot. While Emerson was working at the forge, Laura and their daughters braided straw, sewed shoe uppers, raised cows, and made and sold cheese and butter. This work helped pay for home improvements, including painting the house white with bright green (“Paris Green”) shutters and doors around 1840. 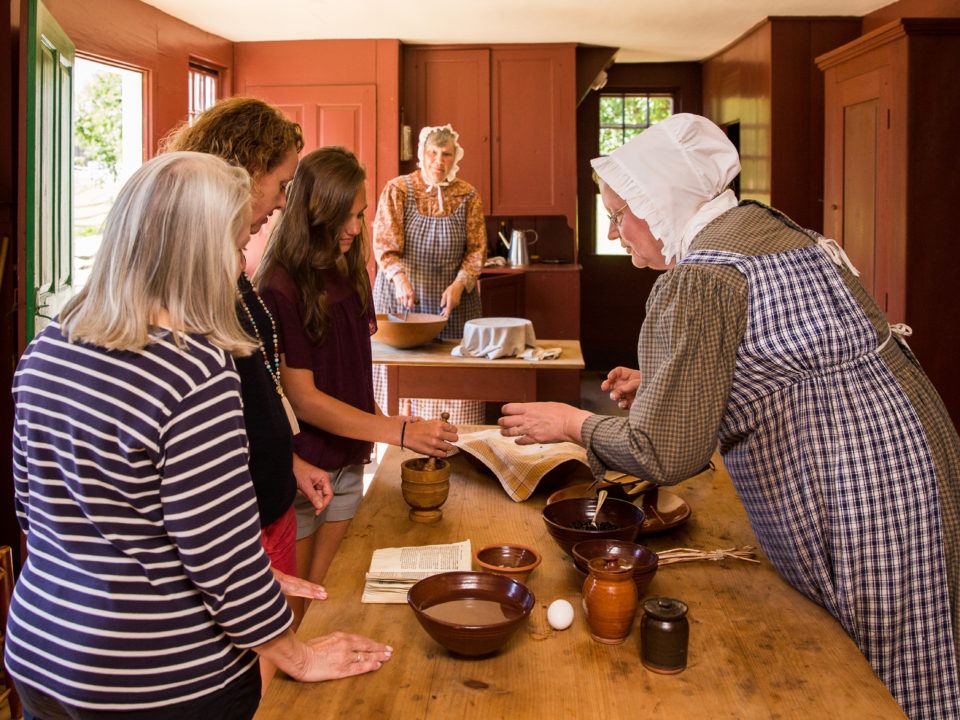